Everybody needs to use the bathroom, but that doesn’t mean you want to be reminded about it whenever you walk by. Showers and sinks cause their own share of bad smells, but toilets are the worst when it comes to odor. This is because humans release methane gas and a variety of bacteria that produce unpleasant odors designed to warn humans and other animals about the danger of interacting with the substance. Sometimes, it seems like no matter how much you clean, the smell doesn’t go away. How do you get rid of toilet odor when nothing seems to work? 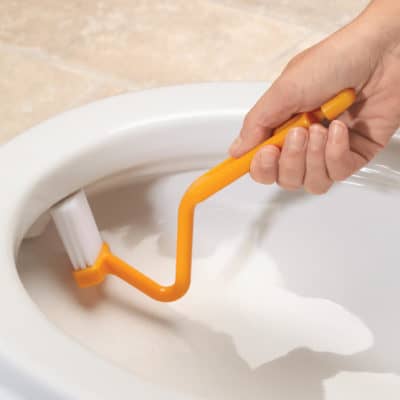 It’s terrible to hear, but sometimes you might just need to clean in different places or go more in-depth with your current scrubbing regimen. This doesn’t mean you’re doing a bad job, but you could be targeting the wrong areas. Everyone knows to scrub the toilet bowl, but how many people drag the brush up under the rim? Or raise the toilet seat to wipe away stains and drops of dried urine while also disinfecting? These are areas where unwanted odors can come from.

Another common place is around the base of the toilet. This area often gets missed during regular cleaning because it is out of the way. Moisture can build up around the bolts, causing the development of mildew and other unpleasant growths. Be sure to scrub the base down as well as the floor behind the toilet. Don’t be afraid to clean inside the tank with something basic like dish soap – do not use regular caustic cleaning chemicals! 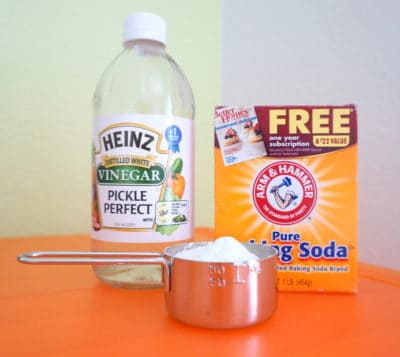 If your standard cleaning supplies aren’t working, make a basic cleaner using vinegar, baking soda, and lemon juice. All you need to do is mix an equal amount of baking soda and lemon juice into a spreadable paste. This paste should be wiped around the seat, rim, and base and allowed to sit for fifteen minutes. Then, spray the vinegar on top of the paste. Allow it to fizzle and bubble for about thirty seconds and then wipe it and the paste away. This mix kills bacteria and growths and will also combat odors. It’s a win-win situation!

If you want to try a homemade recipe in the toilet bowl too, all you need is vinegar. Pour about half a gallon of vinegar inside the bowl, put on some rubber gloves, and scrub the interior using a sponge. Simply flush when done. 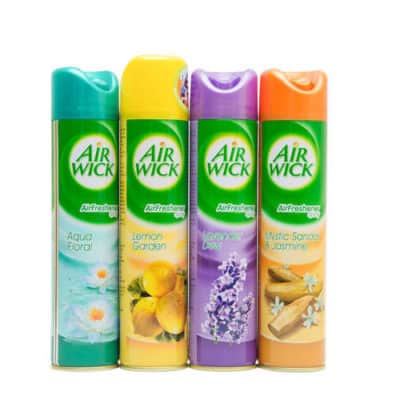 It seems that numerous companies nowadays are producing air fresheners designed to freshen up toilets with each flush. These tend to be gel inserts stuck to the inside of the toilet bowl. When someone flushes, the water runs over the gel and releases the chemicals to create a fresh scent and disinfect the bowl. These tend to be inexpensive and moderately effective. Other companies make sprays that can be used before or after sitting on the toilet.

For people who don’t like to use chemicals, it is also possible to make a homemade air freshener to get rid of toilet odor.[1] For a homemade freshener, combine your favorite essential oil with two cups of water and a teaspoon of baking soda. Mix the ingredients together well and spray the freshener as needed. The mixture helps fight odors and can get rid of bad scents without needing to use a ton of chemicals are artificial ingredients.

To combat really strong odors, there are air purifiers. These devices suck in air from the room they are placed in, pull it through multiple levels of filtration, and then push it back out cleaner and fresher than before. Many air purifiers are designed to target bacteria, allergens, chemical particles, and odors that linger in the air. Many purifiers are small devices that can be placed on top of toilets, and some are battery powered, meaning you don’t have to worry about extra wires in the bathroom.

One of the biggest causes of toilet odors is poor ventilation in the bathroom itself. Flushing the toilet causes small, microscopic particles of water, bacteria, and their accompanying scents to fly up into the air. These can roost in the bathroom and even cause the growth of mold and mildew, which are smelly and bad for humans to breathe. One way to cut back on odors is to improve ventilation to keep the air in the bathroom moving and prevent odors from getting a chance to linger.

There are a few ways to get better ventilation. The easiest and most obvious is to turn on the bathroom fan and allow it to run after someone uses the bathroom. Other solutions are to keep windows and doors open and to place a box fan at the point of entry so air is pulled out of the room and moved elsewhere. If these measures don’t work, consider cleaning out your fans, including the one in the ceiling, every six months. Dust and debris build up on the blades, making the fan less effective.

Troubling toilet odors can be a major issue, especially for someone who wants to keep the bathroom private or has sensitive lungs. Any of these four methods can help get rid of toilet odor at the source, and also keep the entire environment of the bathroom happier, healthier, and fresher smelling. If bad smells continue to be a problem and they don’t seem to be coming from the toilet, invest in a dehumidifier and check for mold and mildew in other likely areas.

For more information on how to keep your toilet smelling fresh, visit this page.

Now that you know how to eliminate bad toilet odors, it’s time to live your life without awful smells from the bathroom. For more information about toilet handles and other products, consider checking out our homepage and website for even more reviews, recommendations, articles, and lifestyle tips. Enjoy flushing!